For the past couple of years, “Research Ready” has featured our newly processed archival collections. Starting this month, we also will include a few highlights of items recently added to our print materials. As always, this is just a sampling of the many, many resources to be found at The Texas Collection! 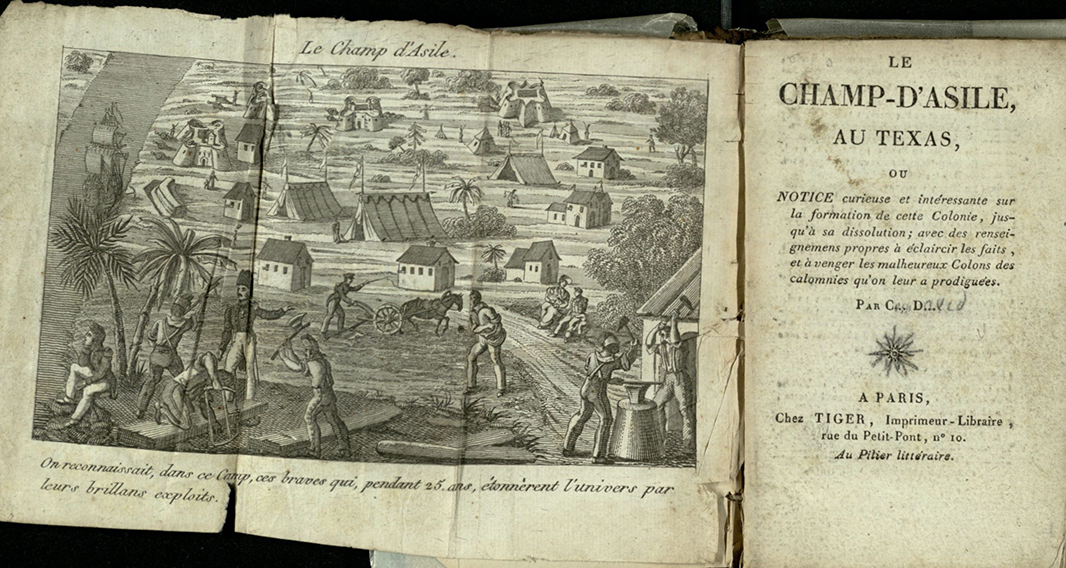 This volume, listed in Thomas W. Streeter’s renowned Bibliography of Texas, 1795-1845, provides a rare account of the failed Champ-d’Asile colony of Napoleonic loyalists who settled on Texas’ Trinity River in 1818. 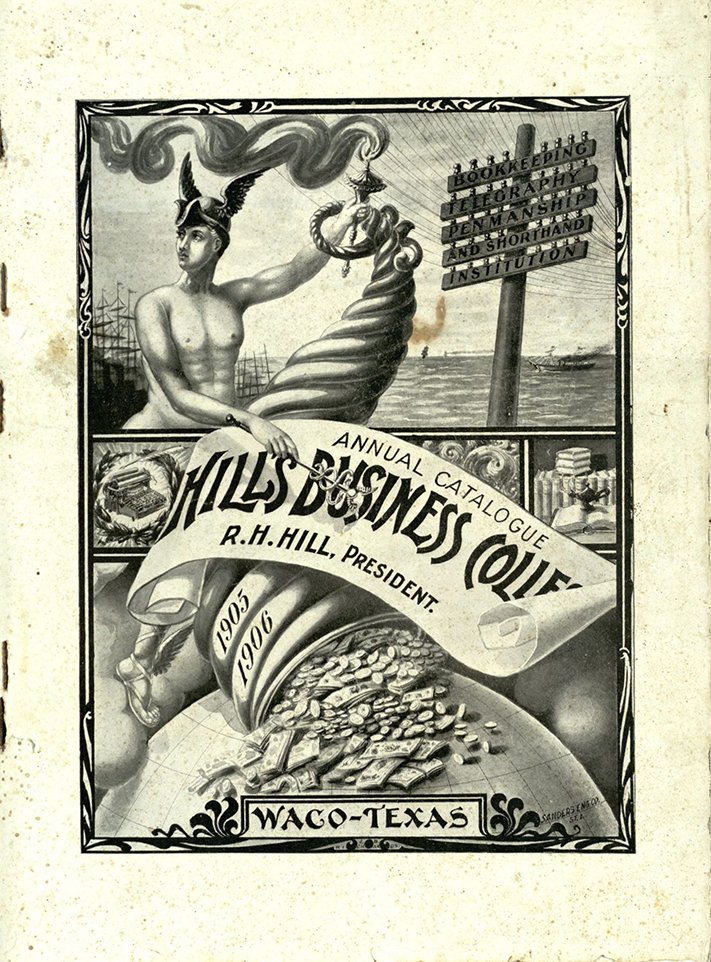 In 1881, Robert Howard Hill founded Hill’s Business College, which operated in Waco for more than 40 years. This volume offers a glimpse into the faculty, curriculum, and student body of the 1905-1906 academic year. 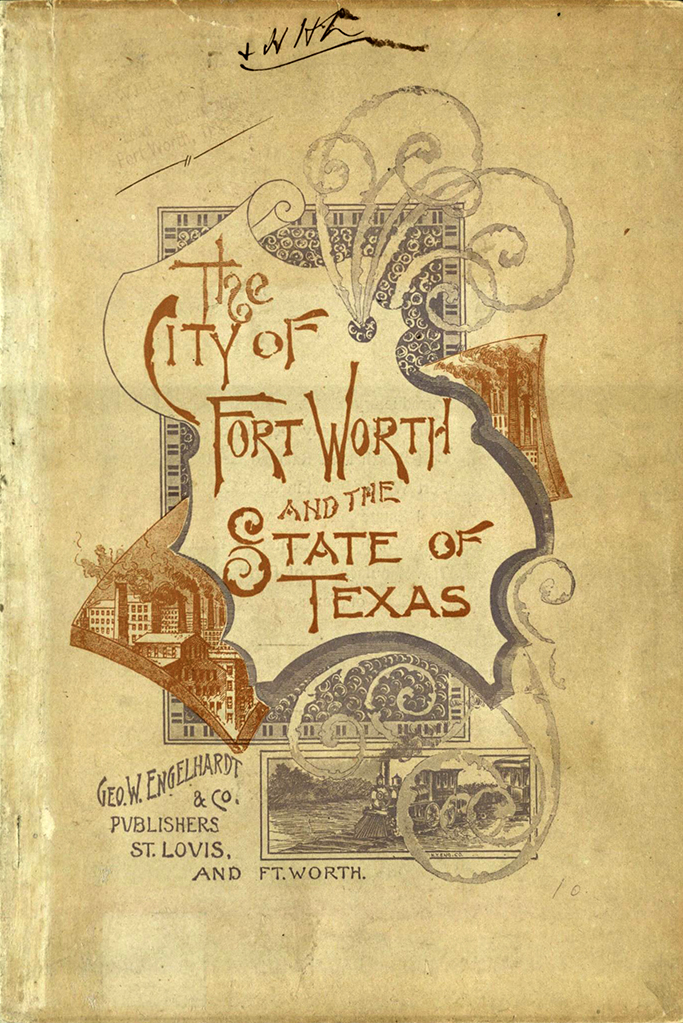 Part of the Engelhardt Series of American Cities, this volume examines business opportunities in 1890 Fort Worth and includes information on the railroad, real estate, manufacturing, and finances.

Each month, we post a processing update to notify our readers about the latest collections that have finding aids online and are primed for research. This month’s finding aids include several produced by the Archival Collections and Museum class from spring 2014. Topics include the papers of a Paul Quinn College professor, a Texas lawyer involved with the Nazi war trials right after World War II, and a committee that considered moving Baylor University from Waco to Dallas, Texas. Here are July’s finding aids:

If you lived in Waco in the late 19th and early 20th centuries, chances are you would have known Dr. Harrington. A well-known figure in the area, John Thomas Harrington, Jr. was not only a dedicated physician but also lived a very accomplished life. He dabbled in a variety of vocations, including oil, gold, and dairy. He also took part in founding colleges and serving on trustee boards (including the Baylor University board, on which he was one of the longest serving members).

His dedication to his medical career is quite evident in his papers, more than any of his other interests. The majority of the John Thomas Harrington papers are made up of medical practice materials that span his many years in the field.

Born in Mississippi in 1858, Harrington began his medical career with an education at Louisville Medical College. However, one medical school was not enough and he went on to both the Medical School of St. Louis and the New York Polyclinic Medical College.

After he moved to Texas he began building a reputation for himself as a doctor, serving as president of the board of health at El Paso and the director of the epileptic colony at Abilene.  In 1897 he moved to Waco, where his list of achievements continued to grow. Here, he worked on staff at both hospitals in town, organized the McLennan County Medical Association, co-founded Baylor Medical College, and served as the city physician.

As a physician, Dr. Harrington worked out of a home office where he saw patients regularly. Some of these patients even included Baylor presidents. And if you head down Eighth Street today, you can still see his home (currently owned by Baylor University).

But medicine wasn’t everything to Dr. Harrington; he was also a family man. Harrington married his wife, Genoa Cole, in 1884, and together they had two daughters, Genoa and Jessie. Through journals, academic notebooks, correspondence and notes, we are able to get a small glimpse into the life of the Harrington family.

More of Dr. Harrington’s family and friends may also be seen in the numerous photographs included in this collection. Some of the photos have identifications or captions giving some insight into the individuals in the picture. Others are blank, leaving many unknowns. Despite the blanks left by these unidentified photos, they are still quite fascinating and could be of great research value. (We welcome assistance from researchers who might be able to help identify people in these early Waco/Texas photos!)

These documents and photographs that make up the Harrington papers are a testimony to the impact he made in Waco throughout his lifetime. Through his position as city physician, he made a great contribution to the public, and the greeting cards, invitations, and programs included in his papers illustrate his high level of involvement with the community.

The Texas Collection has the privilege of preserving Dr. Harrington’s documented life, and for all those interested in studying a noteworthy physician of Waco, this collection would be an excellent resource.

Guest blogger Becca Reynolds processed the Harrington papers as a student in Dr. Julie Holcomb’s spring 2014 Archival Collections and Museums class. Reynolds, who holds a B.A. in History from Azusa Pacific University in California, will begin her second year in Baylor’s Museum Studies master’s program in fall 2014. She is currently working as a summer intern for the education department of the Sharlot Hall Museum in Prescott and will continue working as a Graduate Assistant in Education at the Mayborn Museum Complex throughout the fall semester.