Oh, Alexander Hamilton
When America sings for you
Will they know what you overcame?
Will they know you rewrote the game?
The world will never be the same …

259 years after his birth—give or take a year, as his year of birth is noted as either 1755 or 1757—the world is certainly singing for Alexander Hamilton, and just as these lyrics suggest, the world certainly changed dramatically during his life. But what did the world—especially the world that he knew and helped shape—look like during Alexander Hamilton’s life? Historical maps can show us a certain part of the world at a certain time, and while Texas wasn’t really one of Hamilton’s concerns, The Texas Collection holds some maps that give an interesting perspective on that transformative time in our nation’s history.

This first map was created in 1752 by one of the leading English engravers and geographers of the time, Emanuel Bowen. The British colonies are colorfully highlighted in contrast to the much-larger French territory of Louisiana. We can see nearly the entire area that would soon become the United States of America and much of the territory that would eventually join that new country, including an as-yet-unnamed Texas. Keep in mind that this map was drawn from the British perspective—their lands, their colonies, all that for which they would soon be fighting a war.

This second map is from 1766 and drawn from a French perspective. This map shows most of North America in great detail for the time—though the placement of mountain ranges was clearly speculative, given the long range of mountains stretching through Central Texas. Geographic regions are noted, but political divisions are not the focus of this map. “Nouvelle Angleterre” (French for New England) is depicted as a unified body, which from an outsider’s perspective, it might have appeared to be as it prepared to fight for freedom. Yet we know how the colonies’ individual characteristics and needs played out in the creation of the new nation.

The third map, from 1785, is among the first to show the fledgling nation, and most interestingly, the first map to list the proposed states of the Jeffersonian Ordinance of 1784. While this Ordinance ultimately was adopted only partially, this map captures the possibility of what could have been, even while depicting some of what was known of this new nation at that tumultuous time. Note the area out west labeled Grand Espace de Pays Qui N’est Pas Connu (Great Tract of Country Which Is Not Known), where Texas is labelled Tecas.

And this last map is from 1812, just a few years after Hamilton’s untimely death in 1804. The mapmaker chose to show only the new United States, with hints of the future acquisitions shown at the western and southern margins. The new country that Hamilton helped to birth was constantly changing, and this is another map that captured a hint of what might have been—regions of Franklinia in present day Tennessee and Indiana in present day West Virginia—had different decisions been made by the leaders of the day.

While most of our map collection has a fixed gaze on Texas and the regions closest to Texas, many of our maps also give insight into other parts of our country, our continent, and the world at large. If these brief glimpses of North America at the time of the American Revolution have piqued your interest, make plans to come by the Texas Collection and visit the map room to see more of our collection. 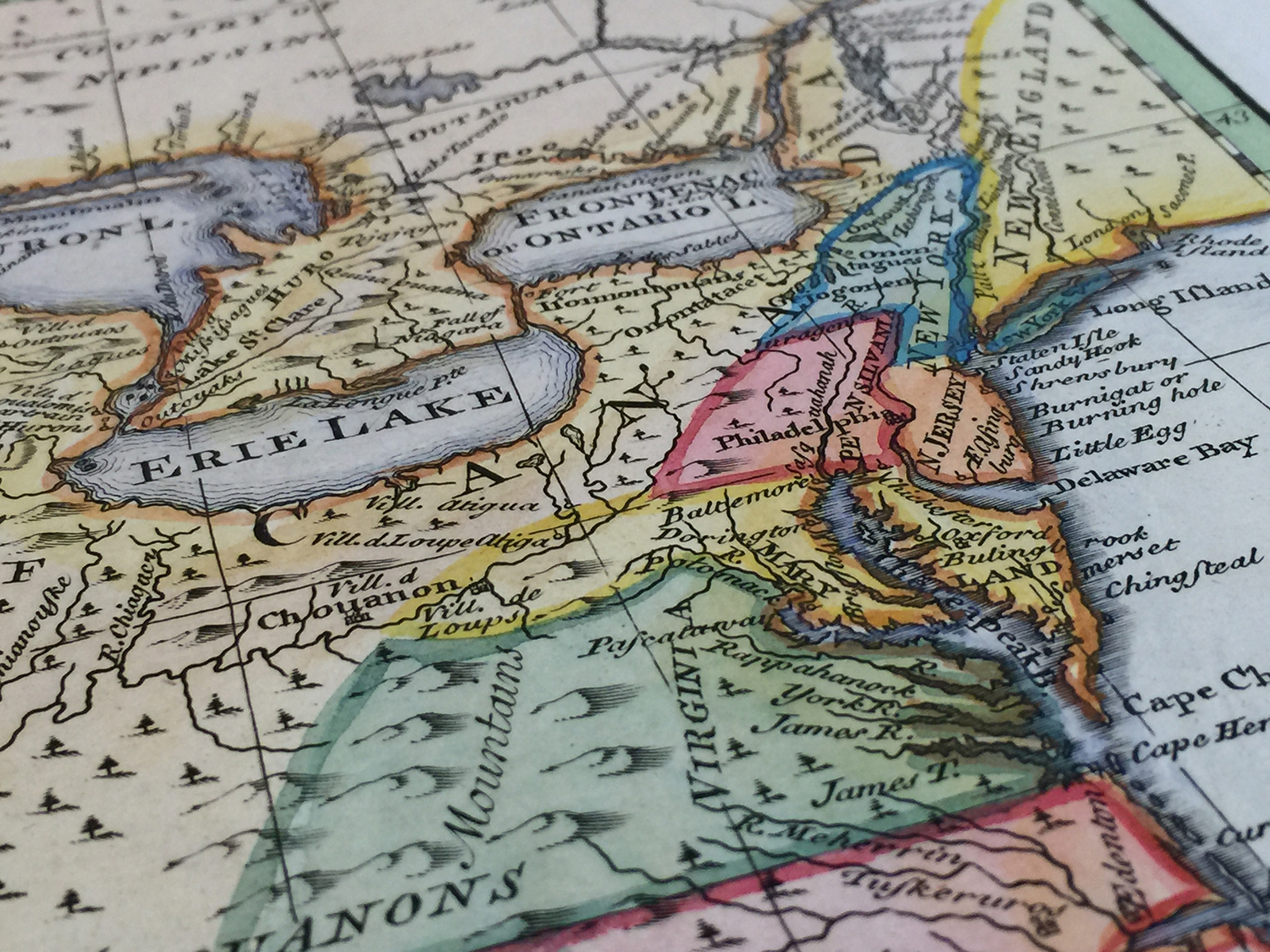