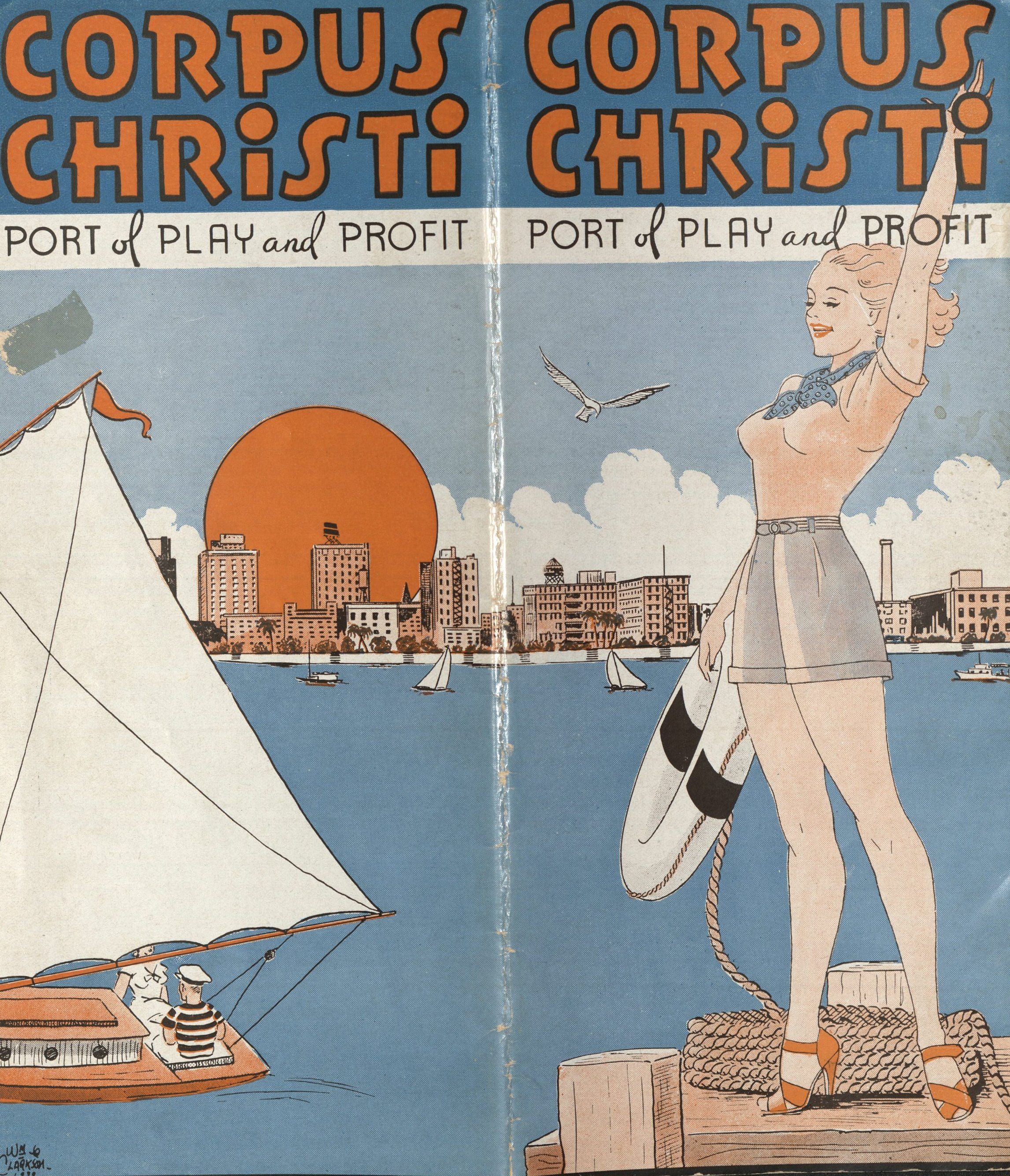 Despite being in the midst of the Great Depression in 1939, members of the Corpus Christi Chamber of Commerce sought to promote their city as a year-round “Port of Play and Profit.” Touting the city’s industrial, oil, and shipping capabilities, the promotional heralds the Texas city as the fifth largest deep-harbor port in the state with room for significant expansion. The brochure also appeals to those seeking leisurely activities as well including swimming, sailing, and fishing. 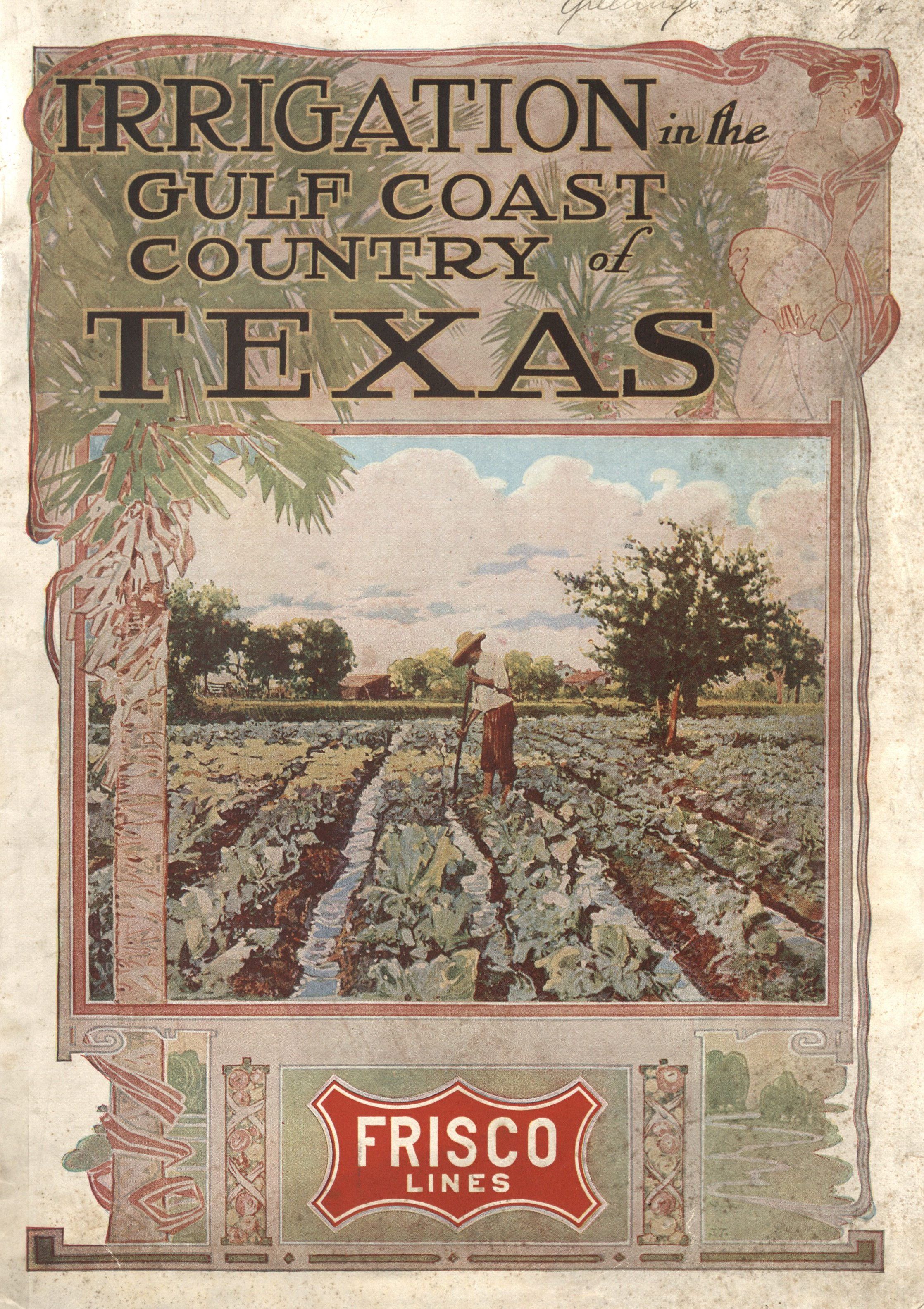 One of the most prominent groups promoting migration to Texas were railroad companies. This promotional, published by Frisco Lines (a.k.a. the St. Louis-San Francisco Railway), encouraged farmers to test the fertile lands of the Lower Rio Grande Valley where cash crops such as cotton and sugarcane were flourishing. The promotional also provides a host of facts about up-and-coming settlements on Texas’ Gulf Coast alongside illustrations and photographs of the area’s relative fertility due, in large part, to innovative irrigation practices that had been developed. 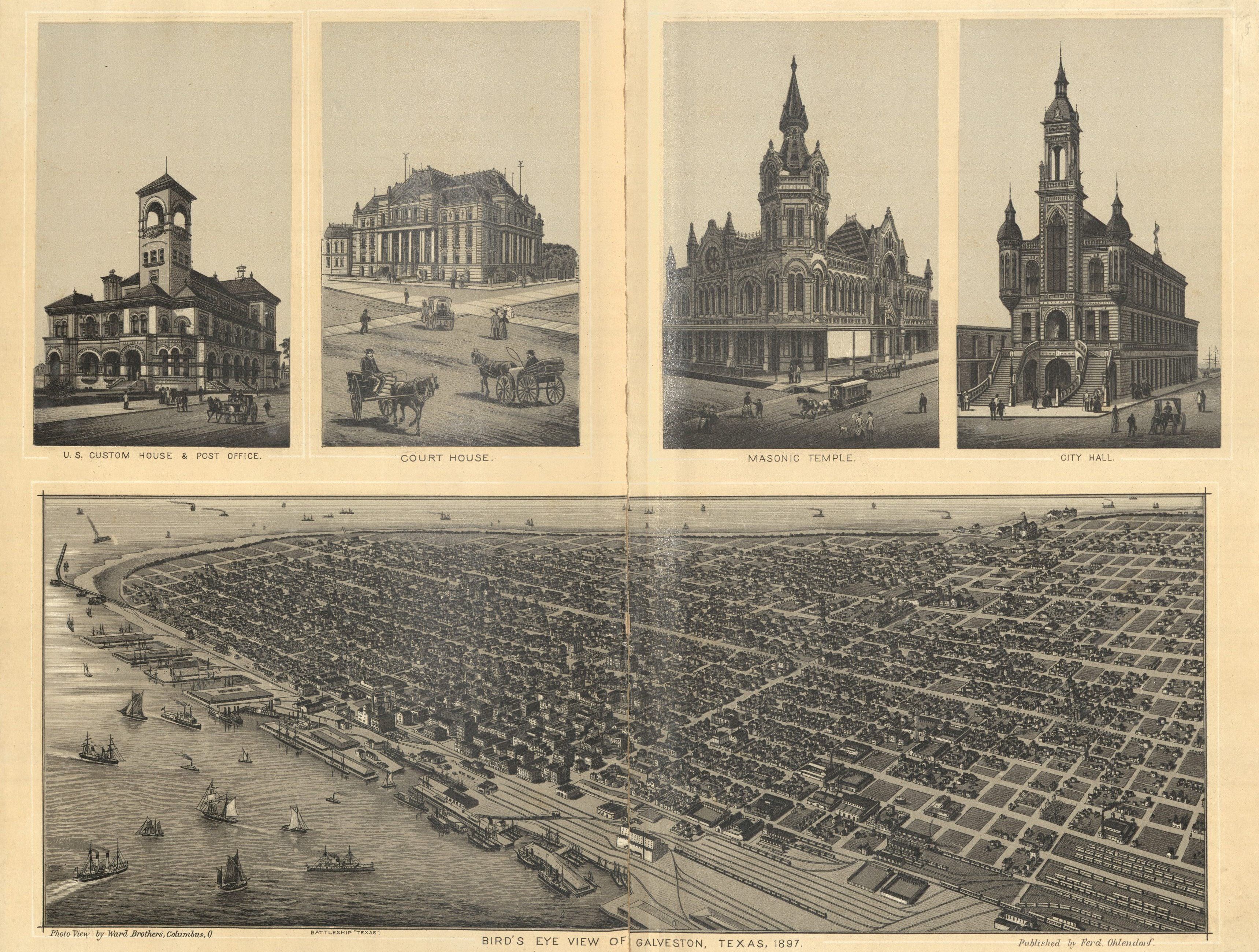 This souvenir booklet, published by Ferdinand Ohlendorf, depicts the city of Galveston, Texas, through a variety of illustrations. An 1897 bird’s-eye-view map of the city graces the inside cover followed by prominent houses of worship, local schools, bustling industrial yards, and the majestic residential homes of its leading citizens. As the “Queen City of the Gulf,” Galveston was a premier tourist attraction and final destination prior to the devastating hurricane of 1900.