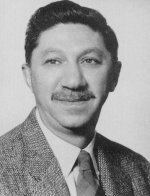 Humanist psychologist Abraham Maslow theorized that all humans had certain needs—both physical and emotional—that must be met in order to achieve self-actualization, a state in which an individual can act at his or her full potential. His theory, known as “Maslow’s Hierarchy of Needs,” suggests that humans are self-motivated to meet different levels of needs, focusing on higher, more complex levels of needs only after satisfying each lower, more basic level. While Maslow’s theory can be criticized for its over-generalizations, Maslow makes an interesting point relevant to today’s problems of poverty and hunger – a lack of basic needs such as food or shelter can affect an individual’s personal growth and stability, and ultimately his or her ability to get out of poverty.

According to Introduction to the History of Psychology by B.R. Hergenhahn, the hierarchy is often visually represented by a pyramid with five levels, starting at the base level, survival needs, moving upward through safety needs, belonging and love needs, self-esteem needs, and finally the need for self-actualization.

Without the bottom levels of the pyramid it is markedly more difficult for a person to focus on more complex needs. “Hunger is often used to illustrate a survival-level need [and although]… the degree of its intensity is lost once hunger is satisfied… a person who is truly hungry is dominated by the need; it is all the person can think about.” While Maslow’s theory cannot completely describe the situation of the hungry, it does reflect how lack of food negatively impacts other aspects of a person’s life.

Imagine how much more difficult it would be to focus during a job interview or to write a résumé on an empty stomach. Many people face this problem daily. As of 2010, about one in six people were hungry or food insecure, meaning these people either experienced hunger outright or altered their consumption patterns to avoid hunger. As Maslow’s theory implies, hunger — often linked directly to poverty — limits individuals’ abilities to meet other needs, such as holding a stable job or paying for housing.

Maslow would argue that “need satisfaction should be treated as a basic human right” and that society has a “responsibility to create arrangements that facilitate the satisfaction of these needs.” Even if one cannot sympathize with the difficulties that the hungry face, it is hard to argue that the struggle to meet survival needs does not impact a person’s ability to perform on the job, or even to get a job, and therefore affects the nation’s economy as a whole.

Some people do not believe that it is society’s moral responsibility to feed the hungry or to assist individuals who are struggling to meet basic needs; however, it is economically beneficial to assist these individuals. In return, Maslow’s theory suggests that society will have a larger group of people focused on working, developing healthy relationships, and using their skills to the best of their abilities.