For this installment of Cataloger’s Corner, I’d like to share with you one of the oldest books held at The Texas Collection: a 1562 printing of Ptolemy’s Geographia. Not only is the book itself quite old, but it was acquired very early in the history of The Texas Collection through a unique program called the McGregor Plan for the Encouragement of Book Collecting by American College Libraries that operated during the 1930s. 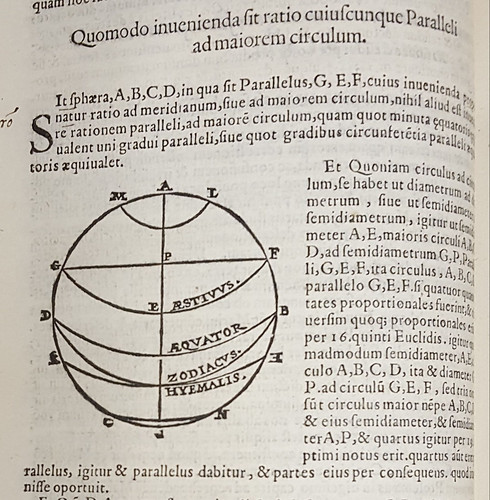 The Geographia, sometimes called the Cosmographia, is special for many reasons. A revision of a now-lost atlas by Marinus of Tyre, it was compiled around 150 CE by Claudius Ptolemy using new principles and additional Roman and Persian sources. It was translated into Arabic in the 9th century and Latin in 1406, going through many editions in each language.

A large portion of Ptolemy’s work was dedicated to cartographic principles. Specifically, he improved the treatment of map projections—the system that lets cartographers map a round object like the globe onto a flat plane like a map—and gave readers instructions on how to recreate his maps. He also provided latitude and longitude coordinates for all the places and geographical features in the book. 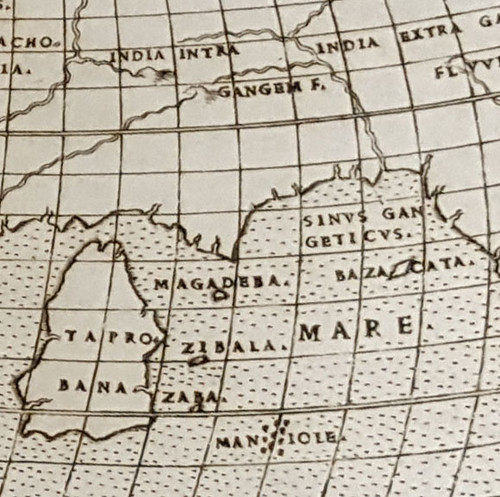 Of course, the ancient Romans were only aware of about a quarter of the globe; Ptolemy’s European maps didn’t include Scandinavia, for example, let alone North or South America. Later editions added additional maps to represent new knowledge. During the Age of Exploration, when Europeans launched extensive overseas exploration parties, new editions included as many as 64 regional maps. Old maps also had to be altered to reflect these discoveries. 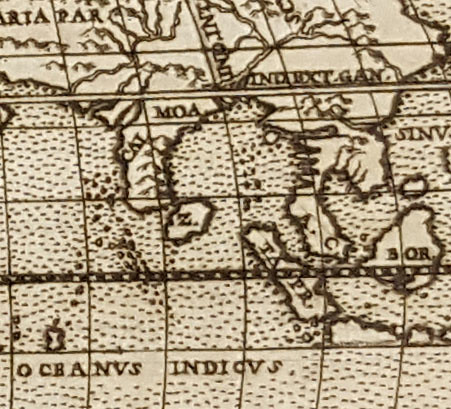 What I want to focus on here is one of the more curious geographical features mapped in the Geographia: the island of Taprobana. Don’t worry if that name doesn’t sound familiar: this place was known to the Greeks before the time of Alexander the Great, but modern scholars have no idea to what land it corresponds. On the map above, based on Ptolemy’s original world map, it is situated south of India and might represent Sri Lanka. However, on the map to the left, which is based on geographical knowledge of the 1560s, Sri Lanka is clearly marked with a Z (Zeelan, a strange Latinization of the Portuguese Ceilão, from whence the English term Ceylon). Instead, the position of Taprobana might correlate with the island of Sumatra. 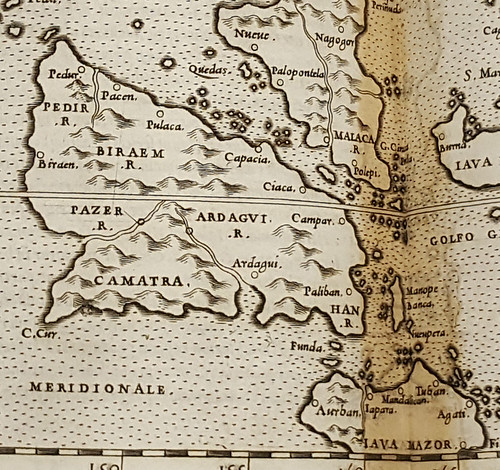 But wait! A map of the area between the Adaman Sea and the Gulf of Thailand has Sumatra marked as Camatra. Below it is the island of Java (marked Iava, as Latin orthography often did not include the letter J). If Taprobana isn’t Sri Lanka or Sumatra, what is it?

Some scholars think Taprobana is a phantom island, a geographical feature that shows up on maps for many years until subsequent explorations of the area fail to find the land mass. Others think the ancient Greeks and Romans simply miscalculated the location of Sri Lanka on their maps. They use linguistic evidence to bolster their argument: according to the Mahavamsa, a 5th century CE document written in the Pali language that chronicles the history of the kings of Sri Lanka, the legendary Prince Vijaya named the land Tambapanni (“copper-red hands” or “copper-red earth”) because his followers’ hands were reddened by the soil on the island. 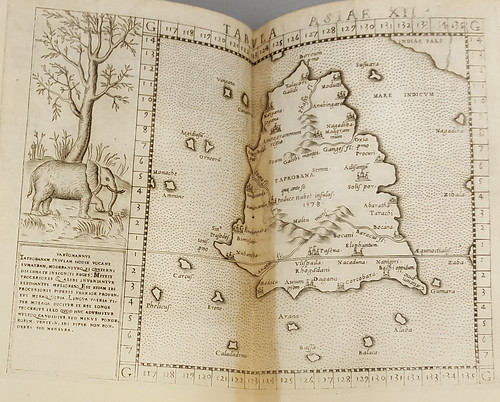 Perhaps later cartographers kept both Sri Lanka and Taprobana on their maps because they respected Ptolemy’s authority. Indeed, until the scientific revolution, previous scholarship was so revered that new discoveries which repudiated established fact were viewed with suspicion, or shoehorned into existing systems of thought even when there were obvious contradictions. Or, maybe the cartographers simply couldn’t rule out the existence of Taprobana and included it in their maps in case it was one day discovered. It remains a mystery.