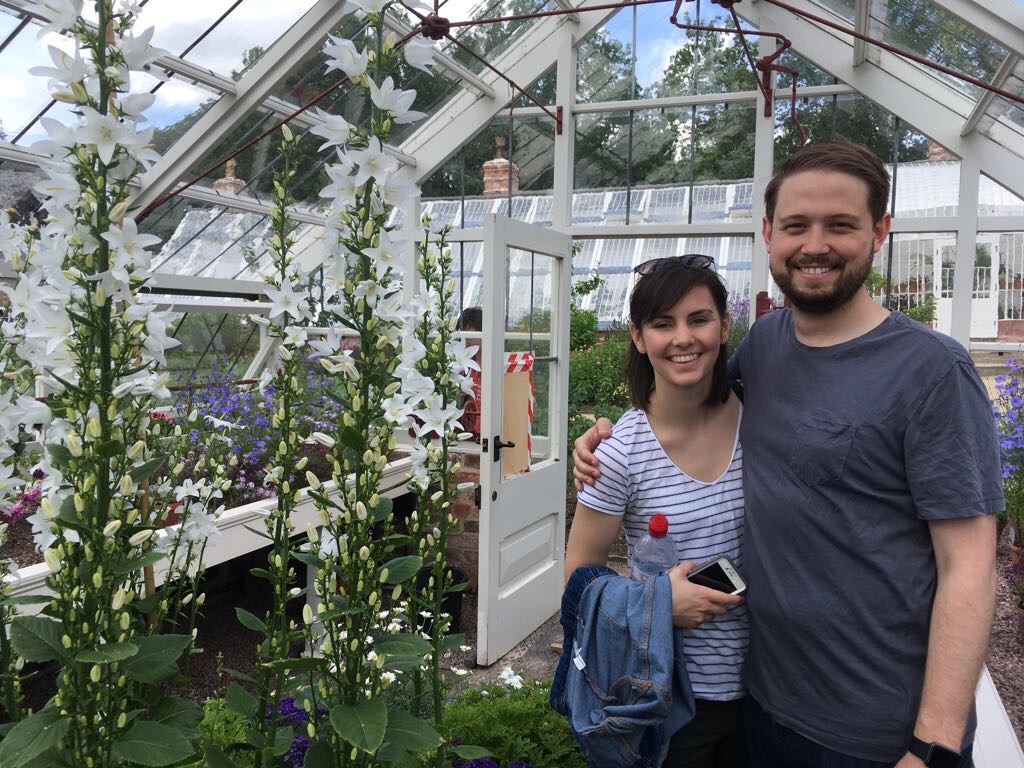 Andrew (BU’14) and Mariava Phillips (BU’14) would call themselves, “unlikely missionaries.”  When they attended Baylor as undergrads, they were both a part of the Religion department’s Ministry Guidance Program, knowing that they wanted to do ministry in some capacity.  Andrew was studying Religion and Mariava Public Relations.  They both had a heart to work in the church, but they had no idea what that would look like until God called them to the United Kingdom.  They are currently missionaries in Manchester, England.  They are about to launch Apogee Coffee, a café church aimed at “finding people where they are, outside the church’s doors” and “sharing the gospel in these third spaces.”

Attending Baylor was a huge part of both Andrew and Mariava’s call to ministry. At the same time as she was in the Ministry Guidance Program, Mariava was an intern for Baylor Missions, working with the Global Missions initiatives.  “The Ministry Guidance Program taught me mission strategies and philosophies,” she said, “and being a part of Baylor Missions allowed me to see how missions worked practically and logistically—how to interact with ministry partners on the field was a key learning tool for me.”

Andrew said his professors and the Baylor community played a major role in his call to ministry.  While going through the Ministry Guidance Program, he became convinced that he probably wasn’t going to be a pastor, but would likely end up doing business as missions in the U.S.  After graduating, Andrew said that he and Mariava began to feel discontentment toward what they saw happening in the business community and what the reality of the church was. They saw that “the local church had separated itself from the world of people’s life spaces and community.” Andrew said, “The church is not a building; the church is its disciples.”  Andrew and Mariava recognized a need for discipleship within the church, and both began to separately feel a calling to do that abroad, in a place they had never even visited—the United Kingdom.

However, they didn’t share this call they were feeling with each other for around six months.  Mariava explained this experience:

“God placed the United Kingdom on Andrew’s and my heart separately. While we were engaged, we went out for Valentine’s Day, and I told Andrew that I thought God was calling us to move to the U.K. He was shocked because he felt the same way. It was unexpected because neither of us had ever been to the U.K. and we didn’t know what missions would look like in Europe. Little did we know at the time that Europe is one of the top post-Christian areas of the world.”

Andrew talked about his experience of being called to the U.K.:

“It was like feeling homesick for a place you’ve never been to.  At first I denied it, but that response never really works with God.  I would have gone longer without telling [Mariava] had she not brought it up.”  Andrew added that, “We wouldn’t have been able to respond to the call had we not had such a formative experience here [at Baylor].”

“The Church in the United Kingdom is dying—really, is dead,” Andrew said.  The UK is now considered to be a post-Christian society.  Most of the old church buildings that have been vacant for at least a decade have been turned into hotels or nightclubs.  Andrew told of one old church building that’s been turned into a nightclub with the catchphrase, “Come be as sinful as you can.” This is the culture of Manchester, where Andrew and Mariava are planting their café church.

Manchester is the second largest city in the UK, behind London.  The current population is young and very diverse, 18-35 years of age being the largest demographic.  In the past several years, the city has seen a shift from industrial to more professional and service-oriented careers.  Marketing, PR firms, and Production companies have begun to pop up all throughout the city.  Recently, British Broadcasting Corporation (BBC) moved its headquarters to Manchester. Manchester is also home to around 100,000 undergraduate students, and less than 1% of them are Christians.  Andrew and Mariava recognize the challenge of reaching these young, busy individuals, having limited access to their workplaces and universities.  But by opening up a coffee shop in the hub of Manchester, they won’t have to worry about that—the people will come to them.

Their coffee shop, Apogee Coffee, will be situated on Oxford Road, one of the busiest bus routes in Europe.  There are also three universities on this road, all within walking distance.  There is no doubt the coffee shop will attract young professionals and students, and when they come, the Apogee team will get to build relationships and share their faith.  But they won’t just hope this happens naturally; they will do this strategically, through a loyalty program, intentional conversations, and through the product itself.  Apogee will provide the best coffee from fair-trade sources and invest all of their profits back into community programs helping with homelessness, ex-convicts, and women coming out of domestic abuse.  Their mission will be common knowledge to the customers.

Since church is not a part of the culture in Manchester, “no one is asking questions about what salvation means,” Andrew explained. “They’re asking practical questions, like ‘why do I need to be ethical in business?’” Because of the core values and mission of the coffee shop, Andrew says these conversations will come naturally, and this will give the Apogee team opportunities to be “unapologetic and unashamed about the gospel” as they explain why they do what they do.

The goal of the coffee shop is not just to train disciples. They want to go further, by training disciples who then train other disciples. Mariava said they hope to “provide funds and space for church plants to start across the city.” Their ministry goals go far beyond one coffee café. They also hope to “show others why business and missions should collide through social enterprises,” as Mariava put it. “Missions isn’t just for missionaries,” she said, “it’s a call that God places on everyone’s life when they become a Christian. We are supposed to be His light in all aspects of our lives—even the workplace.” Andrew would agree, “I’m not really doing anything special,” he said. “This is what we’re called to do.  I’m just doing it in the UK.”

Baylor Missions will get to partner with Mariava and Andrew’s ministry by sending a team to Manchester at the end of July 2018! If you are a Business Major, Christian Ethics and Leadership Scholar, or Christian Business Leaders member and want to learn about Business as Missions, visit the BU Missions website to learn more and to apply for the trip!